“Epi” means above and “glottis” pertains to the tongue. From these terms, we can derive its definition and location.

Epiglottis is a flap of tissue found at the most superior part of the larynx. It is anchored by the epiglottic cartilage which is an elastic type.

It acts as a gatekeeper who closes and protects the gate (airway) from the outsiders (foods and drinks) and directs it into the proper direction (esophagus). At idle times, it just stands there.

During swallowing, laryngeal muscles are pulled up and the tongue presses the epiglottis into the glottis, directing the foods and drinks to the esophagus and preventing them to be aspirated into the lungs. Once the food bolus passes through the epiglottis, it flaps back to its resting state so that the remaining food remnants in the area will not be able to go to the larynx.

For further protection, cough reflex is stimulated in the presence of food, drinks, dust, or small particles in the larynx [1, 2, 3].

During infancy, the larynx is situated high up the baby’s throat. It is too high the epiglottis can touch the soft palate. Because of this, the nasal cavity has unlimited patency towards the larynx. That is why when the baby feeds, his breathing is not disturbed even if he is swallowing. The milk is delivered into the esophagus.

At the age of 2, the tongue enlarges and its muscles push the larynx into a deeper position in the throat. So by this time, the child will not be able to breathe and swallow simultaneously anymore without choking [1].

Epiglottis : Photos of Anatomy: Where is it Located? 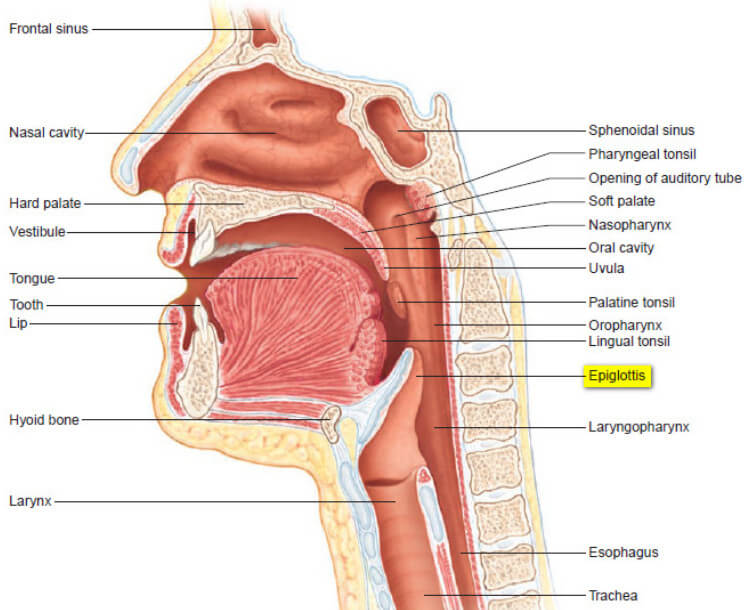 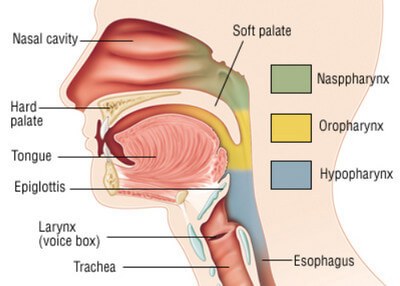 Picture 2: Divisions of the Pharynx and Location of the Epiglottis
Image Source: drugs.com 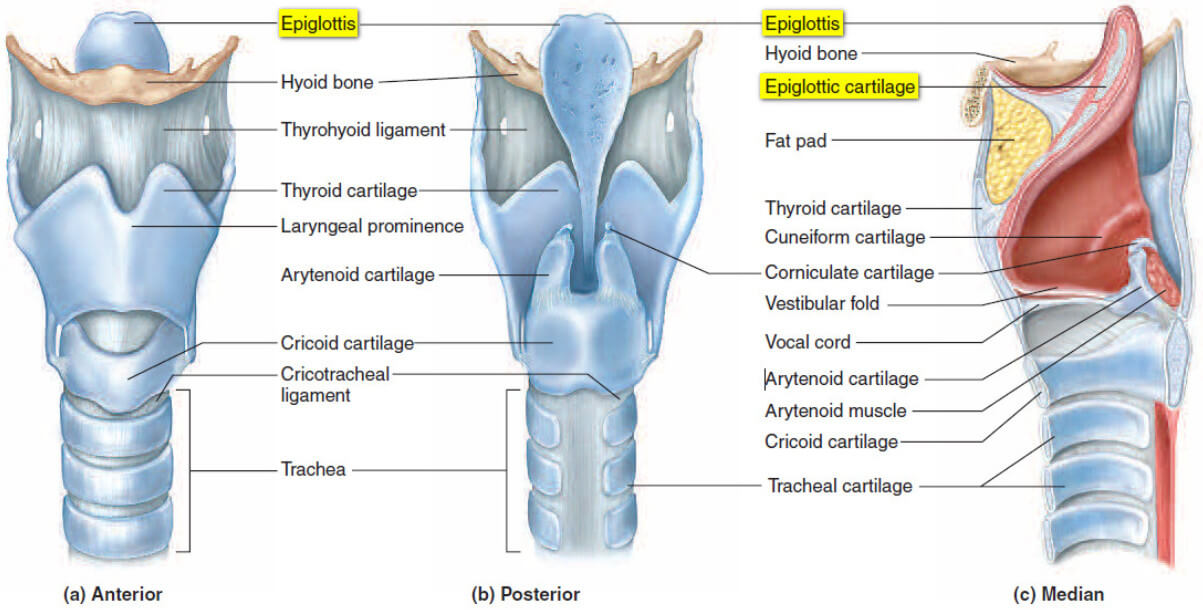 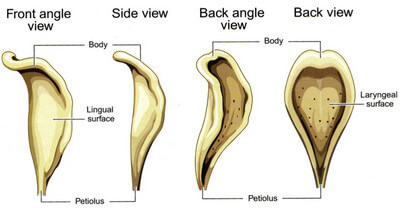 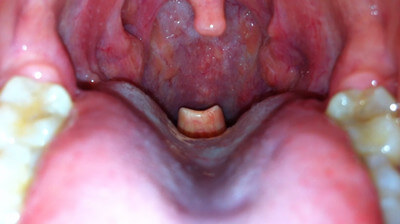 Picture 5: Epiglottis at the back of the tongue.
Image Source: commons.wikimedia.org 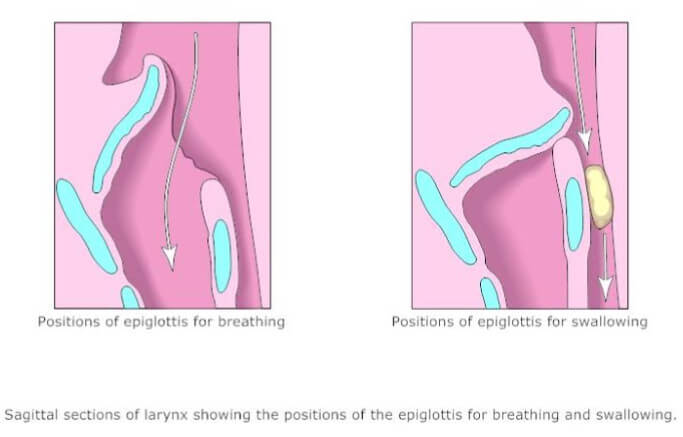 Acute epiglottitis or supraglottitis is an acute cellulitis common among 3-year old children. The occurrence has been reduced by Haemophilus influenza type B vaccine by more than 90%. Epiglottitis advances rapidly and once it gets critical, airway obstruction becomes the main problem and thus, the focus of care.

Bacterial pathogens like the group A Streptococci, Staphylococcus pneumoniae, Staphylococcus aureus, and Haemophilus parainfluenzae are the main causes in the occurrence of epiglottitis.

Signs and Symptoms of Epiglottitis

Direct visual examination of the larynx including the use of a tongue depressor and indirect laryngoscopy is contraindicated because this might aggravate the already existing problem. It may cause further airway obstruction.

Direct fiberoptic laryngoscopy should be done instead in order to actually visualize the swollen epiglottis, to obtain culture, and to ease the insertion of an endotracheal tube. 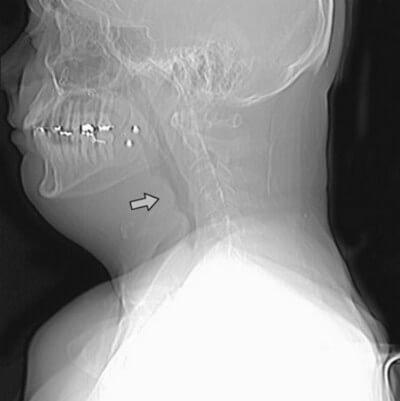 The main concern for epiglottitis is airway obstruction. Intubation may be necessary as per case scenario.

Antibiotic therapy, particularly against H. influenza should be completed for 7-10 days. Corticosteroids may also be given. If a household member has H. influenza epiglottitis, all of the members should take prophylactic rifampin for 4 days [4, 5].

Difference between Epiglottitis and Croup

The main difference between epiglottitis and croup is that epiglottitis involves cellulitis of the esophagus while croup involves inflammation of larynx, trachea, and bronchi, giving it laryngotracheobronchitis as its other name.